What is the Three Strikes Law? 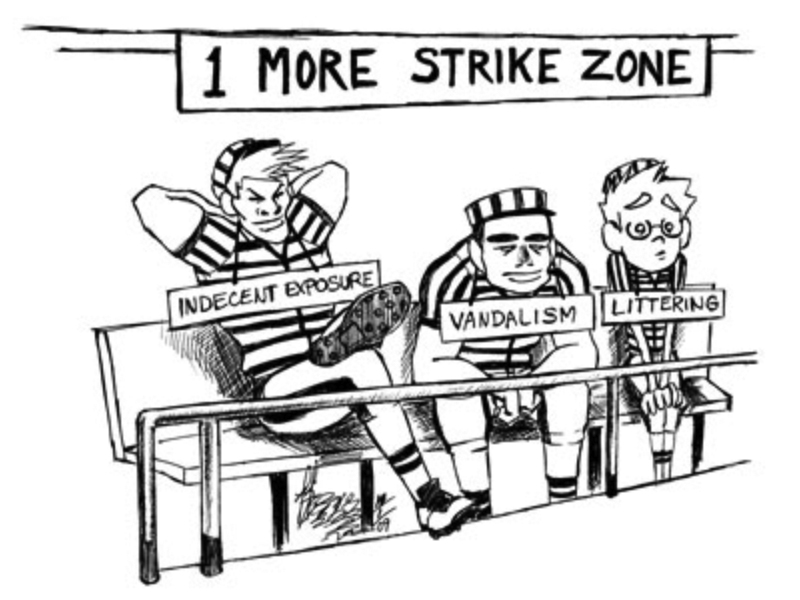 Many states in the US have tough laws to ensure that those convicted do not become repeat offenders. This is the case in California. In fact, it has one of harshest sentencing regulations in the country, commonly known as the Three Strikes Law. This is the law that may send someone to prison for committing a nonviolent offense! While most people residing in California are aware that this law exists, many may be unaware of what precisely is in the Three Strikes Law. So, let’s shed some light on the subject!

What is exactly is the Three Strikes law?

In early 1994, California worked on radical changes in sentencing regulations, which called for extremely hard and harsh penalties for offenders who are convicted of multiple crimes. On March 7, 1994, the state enacted the so-called Three Strikes Law through both a voter and legislative initiative. Typically, this sentencing scheme adds significant imprisonment time for people who are sentenced for particular repeat offenses and convicted of violent or serious felonies. In other words, under this law, if an individual has several strikes, then he or she will be subjected to a much lengthier time in prison. The idea behind it is to discourage people living in California from committing criminal acts; otherwise, they will be severely punished.

The law was named so because it draws its identity from its core provision, which states that a “striker” who has been convicted and sentenced three times for serious crimes will be jailed for a minimum of twenty-five years to life. However, not every criminal act has to be serious for the law to be applicable! For instance, if someone has previously been convicted of a serious felony and a non-serious one, and that person is now sentenced for a third time for a serious crime, his or her jail term is dictated by this law. Now, let’s see how the sentencing guidelines work.

Given the harshness of this law, it is perhaps not surprising that juvenile convictions count as a strike. Juveniles are now being charged as adults under the Three Strikes law if the following conditions are met:

Voters in California made remarkable changes to the original Three Strikes Law in 2012 when they approved Proposition 36. This was an amendment to the original law and it requires that third strike needs to be either a serious or a violent felony. The changes also allowed any person previously sentenced under this law to request their sentence to be reduced to only two strikes.

Even with the recent changes and amendments, this law can spell severe trouble for any person facing several serious or violent felony charges. Of course, if you are that person, you will need to seek the services of a lawyer in Fresno, California, with an incredibly in-depth understanding of criminal law, to help you at this difficult time. An experienced lawyer will fight for your rights and help in securing your freedom.