Four plead not guilty to murder in stabbing outside Fox Theater 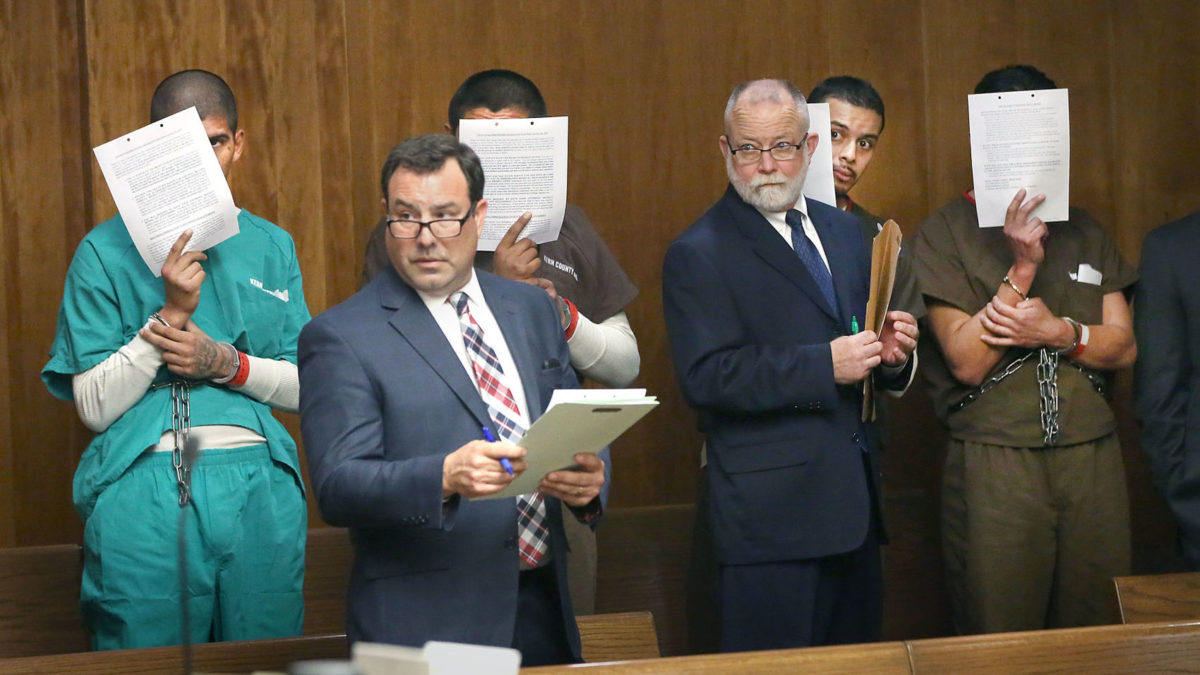 Not guilty pleas were entered on behalf of four men Wednesday who are charged with murder and gang participation in the stabbing death of a man outside the Fox Theater following a concert in mid-February.

Heralcio Ugues, 36, Efrain Ugues, 32, Jesse Reyes, 33, and Joel Rodriguez, 26, hid their faces behind sheets of paper during their arraignment before Judge Colette M. Humphrey in Kern County Superior Court. Humphrey ordered the four held without bail pending their next hearing on March 12.

The four are accused of involvement in the death of 19-year-old Kasey Villegas following the Feb. 18 concert of rappers Bone Thugs-N-Harmony.

Police were dispatched to the downtown concert venue just before 11 p.m. after receiving reports of a large fight that broke out outside the theater. Villegas was repeatedly stabbed.

Efrain Ugues was arrested the day after the concert, followed by Reyes on Feb. 20, Rodriguez on Feb. 22 and, lastly, Heralcio Ugues, who turned himself in Friday.

This is the first felony charge listed against Heralcio Ugues in Kern County. Efrain Ugues had a prior felony case for drug possession, but it was dismissed in 2005, according to court records.

In 2013, Reyes pleaded no contest to a spousal abuse charge, according to court records, and has multiple convictions for drug possession.

Vikki Peterson, first vice president of the Fox Foundation Executive Board, has said if the men involved were concertgoers they didn’t have the weapon inside the venue.

She said all 1,050 concert attendees were screened by metal detectors, had baggage checked for contraband and were watched over by 10 security guards. On multiple occasions during the concert, groups of people who became rowdy were escorted off the premises.

A motive for the stabbing has not yet been released.