The History of Bail Bonds 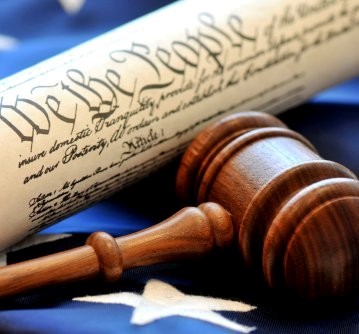 A bail bond is a legal document guaranteed by the prisoner himself or his/her sureties that the prisoner or offender would attend his/her court hearing for the charges pressed against him/her. However, the only condition in case of such a bond is that the prisoner should be released on bail. The history of bail bonds dates back to quite a long time ago, i.e. during the thirteenth century to be precise. This practice of submitting one’s property or money in exchange for a temporary release from jail first originated in England back in the 1300s. Today, this practice is prevalent all over the world. The judge in question has the authority to fix up the amount of bail money on the basis of the graveness of the crime committed or the law broken. Of course the general aim is to make sure that the amount fixed is fair and justified for the offender. 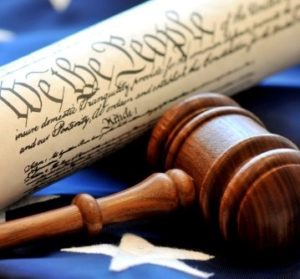 Why Does the Bonding Process Exist?

The reason why the practice of provision of bail bonds was started was because of the need to ensure that the offenders, be it the poor ones or the wealthy ones, had to pay a stipulated amount of money in order to get a temporary release from jail or prison. Before this system was put into practice, only the individuals who were wealthy enjoyed the freedom of fleeing the prison while the poor had to remain in prison for an indefinite period of time. A group of entrepreneurs saw a great business opportunity in this scenario. They came to the realization that they can ask the offender to pay in some money and a percentage of the money submitted by the offender can be regarded as the bail insurance amount while the rest of it can be used for ensuring that the offender is freed from the prison. The idea was a success because it was immensely beneficial for both the parties. Thus, this is how the system of bail bonds came into existence.

Things became more formalized in the year 1679 when the Habeas Corpus Act was passed in England. Because of this act, the judges obtained the right to fix the bail amounts. However this right was not really of any use because the proposed bail amounts set by the judges were way too high and impractical. As a result, a lot of offenders could not afford it. The solution for this problem came a decade later, in the form of another bill, i.e. the English Bill of Rights. According to this bill, it was not necessary to impose excessive fines on the offending individual. The English Bill of Rights managed to create a difference. An interesting fact here is that the Eight Amendment to the US Constitution which was adopted or accepted in the year 1791 shared a lot of similarities with the English Bill of Rights that is followed in England.

Another interesting chapter in the history of Bail bonds is the passing of the Judiciary Act of 1789 in America. This act was passed when American was only in her infancy stage. According to the act, bail can be granted to the individuals who committed crimes that weren’t punishable by death penalty, also known as the non-capital crimes. As for the criminals who had committed capital crimes, the act empowered the judge with the sole discretion of deciding whether bail can be given to them or not. Two years after the Judiciary Act was passed, the Bill of Rights came into the picture. The bill stated that the defendants are entitled to being informed about the nature of their crimes so that they can demand a bail if the offense committed by them is ‘bailable’ legally.

However, despite of the passing of all these acts, there were still quite a number of loopholes or drawbacks, one of them being the practice of the federal government to impose heavy fines and cruel punishments to offenders. The Eight Amendment to the US Constitution was introduced in order to restrict and prevent the federal government from continuing with this loathsome practice. In the year 1966 the passing of the Bail Reform Act was indeed a major turning point in the history of bail bonds. Prior to the passing of this act, the defendants had to run the risk of spending several months behind bars in order to make their bail cost drop because they cannot afford it. Lyndon Johnson, the Head of State used an example of a man who was locked behind bars for two months because he could not afford bail. During these two months, he lost his household, automobile and task and when he was finally released from prison, he was unable to look for a job for himself and hence remained unemployed for another four months. Thus, problems like these can be eliminated if heavy fines are not imposed on people. Thanks the Bail Reform Act, the rules of bail became uniform for all offenders, which allowed them to enjoy equal access to bail bonds.

Although highly beneficial, the Bail Reform Act of 1966 had a major loophole. This act allowed defendants, even the ones that were dangerous to the community, the chance to receive bail if they were not perceived or regarded as flight risk. Because of this loophole, dangerous criminals managed to receive bail and roam freely in the society, something that is not right. Therefore a solution had to be developed and it did happen. The New Bail of Law, which was introduced in the year 1984 as a replacement of Bail Reform Act was the solution. According to this new law, criminals that were considered to be a risk for the society should be held in the prison without bail. However, for defendants who are eligible to get a bail hearing, the law ensured that the bail hearing was conducted.

It is quite apparent that bail bonds have come such a long way because of the rich history of bail bonds. Today, there is an abundance of independent companies offering bail bond services to the people. These companies can be found online as well as offline. Such companies charge a fee in exchange for its bail bonds services and they usually have a great customer support so that their prospective clients who are not aware of such a service can obtain information about it. Thanks to these online companies it has now become a lot easier for people to obtain bail bonds. A decade ago, this was a very challenging task because such companies didn’t exist in large numbers but today one simply has to go online and conduct a local search query on one’s favorite search engine and the required information/recommendation would be required. Thus, times have definitely changed for the better!